Ever since he was a teenager, protesting against apartheid through acts of civil disobedience, Kumi Naidoo has been unafraid to make trouble as he confronts injustice. Now, as the International Executive Director of Greenpeace, he can make plenty of noise as he confronts the growing problem of global climate change, an issue that will disproportionately affect Africa. Famous for his high-profile acts of protest and occupations of oil rigs, this year he led hundreds of thousands of demonstrators at the People’s Climate March, probably the largest climate change march in history, calling for the UN to “Listen to the People, not the Polluters”. 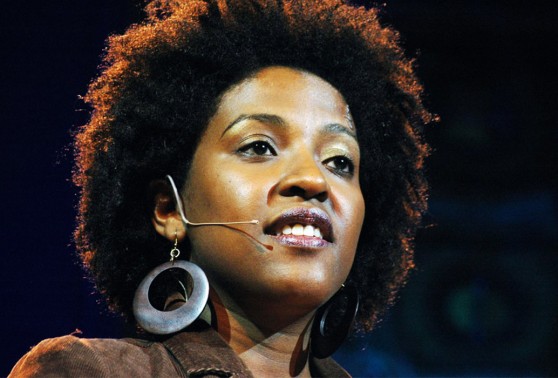 A passionate advocate of good governance and accountability in Africa, Ory Okolloh is well known as a co-creator of the Ushaidi platform, and Mzalendo, a website which acts as a watchdog for the Kenyan parliament. In 2014, Okolloh was announced as one of three trustees of the Millicom Foundation, which serves to support social innovators through financial and technical means, in a bid to foster a community of digital change-makers on the continent. Okolloh also serves as the director of investments for the Omidyar Network. CEO of Spot One Global Solutions and technology blogger, Mariéme Jamme is the woman behind the Jjiguène Tech Hub based in Senegal, a tech network that supports young women in Science, Engineering and Maths. As co-founder of Africa Gathering, a platform that engages social entrepreneurs and activists to pool their thoughts and provide practical solutions for Africa’s development, Jamme has inspired young African thinkers and innovators. This year’s event, a special edition held at London’s Southbank Centre, featured a variety of debates, presentations and workshops on the theme of: “Africa is Rising for Who?” This October, Yara Sallam, the Egyptian human rights activist and winner of the African Shield Human Rights Defender Award was sentenced to three years in jail. Sallam, alongside 22 other activists, was charged for demonstrating against a law passed last year that makes demonstrations without police authorisation illegal and punishes violators with imprisonment. The arrest of the protesters sparked a mass hunger strike by other activists who called on the government to release their colleagues and repeal the protest law.