Award-winning writer, journalist and poet Tolu Ogunlesi has added another string to his bow. Writing for the satirical Nigerian political comedy show Ogas at the Top, he has adapted his political analysis and flair with words to poke fun at Nigeria’s ruling class. It’s very funny, but deadly serious work. If Jon Stewart had an African compatriot, it would be the Nigerian/British satirical journalist Ikenna Azuike. Tackling the most pressing issues facing Africa in his YouTube show What’s Up Africa?, Azuike engages viewers with dynamic commentary and absurd skits, to look past the façade of African politics. If the current views on YouTube are anything to go by, What’s Up Africa? is destined to be a viral sensation in 2015. As a smart, and slightly rebellious, young girl growing up on the sweltering streets of Soweto, few would have predicted Thabang Motsei would end up living in in the swirling snow of Russia. But in her role as a correspondent and anchor for global news network RT (formerly known as Russia Today), that’s exactly what happened. Motsei is certainly not one to shy away from new challenges and this year not only had to confront the challenge of distilling Russian politics in a particularly complex and eventful year, but also got to document her adventures as she travelled across Siberia. With a career that spans over 20 years, Gado’s contribution to the art of satire is almost unparalleled. Not one to adhere to social boundaries, Gado’s cartoons have provoked readers to view current events through a different lens. His popular Kenyan political-satirical puppet show, XYZ, shows the same spirit, and is further testament to the power of humour as a tool for critiquing real-life issues and perceptions.

Jason Njoku, The man behind the Netflix of Africa – Nigeria They say the simple ideas are often the best, and in iRoko TV, Jason Njoku has come up with a corker. iRoko TV combines the vast output of Nollywood, one of the world’s most productive film industries, with the rise of the Internet by digitalising films and making them accessible to subscribers across the world. It has been dubbed the “Netflix of Africa”, has millions of viewers, and seems set to get bigger and bigger. 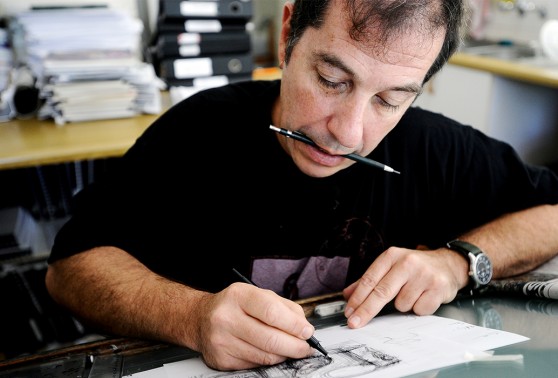 Sometimes it requires long treatises to diagnose the maladies of a nation, but sometimes, with the right skilful hand and satirical eye, they can be summed up in an image. This is exactly what cartoonist Jonathan Shapiro, better known as Zapiro, has been doing for two decades, capturing, criticising and making fun of South Africa’s rich and powerful in the pages of the country’s biggest newspapers.