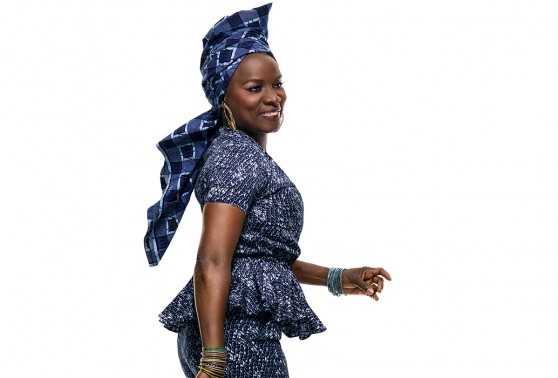 As well as publishing the inspirational memoir Spirit Rising: My Life, My Music, releasing an album dedicated to African women, and taking a prominent role in the ground-breaking People’s Climate Change March this year, Angélique Kidjo also put on a concert in tribute of Miriam Makeba. And if there is one person qualified to inherit the title “Mama Africa” from her late friend – or perhaps be baptised Auntie Africa – it is the celebrated, multi-lingual Grammy-winning singer, activist and UNICEF Goodwill Ambassador, Angélique. Nigerian artist Davido has had a stellar year. Not only did he win the 2014 MTV Africa award for best artist and best male, he was also named BET’s best international act of the year, and is the only African artist to be nominated at the Soul Train Awards 2014, pitted against other international giants such as Shaggy and Ziggy Marley. Davido has truly “skelewu-d” his way to the top, and all before his 22nd birthday. A few years back, the young Johannesburg musician coined the term “township tech” to refer to his inventive brand of grime-dubstep-house-electronica fusion. His first two albums won him critical acclaim and a handful of prestigious awards. But this year, Spoek Mathambo turned the spotlight onto other musicians in his documentary Future Sounds of Mzansi as he searched for the princes and princesses of countless other innovative strains of South African electronic music in townships across the country. Like many of the grand and mesmerising buildings he designs, there is a depth and diversity in David Adjaye’s work which has to be seen to be believed. Echoing his own globe-trotting upbringing, the architect has been working on diverse projects in countries all across the world. From the Moscow School of Management, to the Smithsonian National Museum of African American History and Culture in Washington DC, to the Cape Coast Slavery Museum in Ghana, Adjaye continues to design structures as impressive as his reputation. The king of fashion David Tlale will not be dethroned anytime soon. His Spring/Summer 2015 collection, opened by Tyson Beckford, was revealed at New York fashion week, and showcased at the Mercedes Fashion Week Africa last month. The collection, a juxtaposition of ethereal silhouettes and more structured pieces, aptly named Feminine Allure, was both powerful and elegant, and demonstrated why Tlale is so deserving of his crown Flaviana Matata stunned the world when she defied traditional beauty norms with her shaved head at the Miss Universe 2007 competition, where she came sixth. The model has consistently knocked down barriers, landing fashion campaigns with both commercial and editorial brands, which is no mean feat. It is rare to be successful in both industries, proving that Matata’s beauty, and the way in which she harnesses it, is appreciated on a universal level. Television host and fashion PR strategist Diana Opoti set out on what she called “a personal challenge” this year – to wear African designs from her wardrobe for 100 days straight. The results were mind-blowing. The campaign, well received on social media for showcasing the diverse aesthetics of African designers and for demonstrating to the public how the clothes can be worn by anyone, was also a savvy mix of marketing and market research for various African brands. Diana has launched a second campaign, and with it, she will undoubtedly continue to revolutionise the fashion industry, one Instagram at a time.