He taught himself how to throw a javelin through clips on YouTube, and this year he won two gold medals. Julius Yego is defying athletic tradition in Kenya, and doing a very good job of it. Born in the Rift Valley, the home to numerous world- class runners, Yego decided he wanted to be different when he picked up the javelin and never looked back. His gold at the Commonwealth Games this year saw him beat the favourite and Olympic gold medalist Keshorn Walcott of Trinidad and Tobago, and his second gold medal at the Africa Championships was less than a metre shy of the national record. Yego is certainly one to watch. It’s been a golden year for the Nigerian athlete. In the Commonwealth Games, she left her rivals for dust, winning gold in the 100m in a tournament record, before repeating the feat in the 200m. A couple of weeks later, she picked up two more gold medals in the African Championships in Morocco, in the 100m and 4 x 100m relay. Winning gold is becoming a habit for the Nigerian. Perhaps the scariest thing about the Ethiopian long-distance runner, apart from her nickname “the baby-faced destroyer”, is that her appetite for victory shows no signs of letting up. The 29-year-old holds the 5,000m world record, five World Championships titles and five Olympic medals (three of them gold), and she has now turned her attention to running marathons. She could only come third in the 2014 London marathon, but that’s not bad for a first-timer.

Dennis Kimetto, The fastest man in the world – Kenya In the ever-intensifying battle between Kenya’s marathon runners, Dennis Kimetto took the plaudits this September in Berlin as he beat fellow Kenyan Emmanuel Mutai and broke the world record previously held by his other compatriot and rival, Wilson Kipsang. Kimetto is the first man in history to run a marathon in under 2 hours 3 minutes. And at 30, he has years left at the top. The 20-year-old middle distance runner looks set to be one half of an epic rivalry that could play out for years to come. In the exceptionally fast 800m final in the London 2012 Olympics, Kenya’s David Rudisha stormed to victory, beating Botswana’s Nijel Amos in second. But since then, Amos has been closing the gap, and in the Commonwealth Games this year, he knocked Rudisha off his perch. Get ready for some very fast 800m races in 2015 and beyond. Hashim Amla, one of the finest batsmen of his generation, made South African sporting history in June by becoming his country’s first non-white permanent Test captain. His predecessor, Graeme Smith, is a tough act to follow, but Amla immediately won round the team and the public with his calm authority that many will recognise from his batting. His impact was swift, leading his team to the top of the world rankings by beating Sri Lanka on their home patch for the first time since 1993 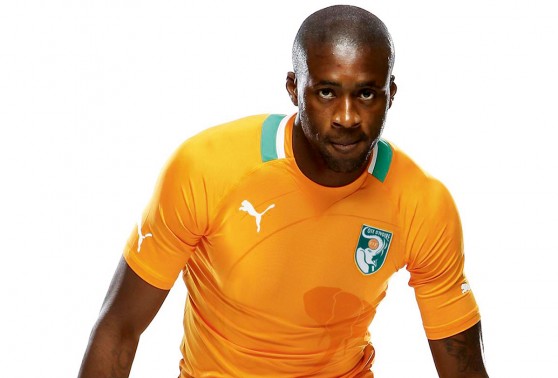 He’s better known for his surging runs at the opposition and bossing the play, but this year the Manchester City star has been influential not just in the midfield but also the maize field. As a Goodwill Ambassador for the UN Environmental Programme, Yaya Touré has been calling on Africans to come together to demand that their governments invest more in agriculture. 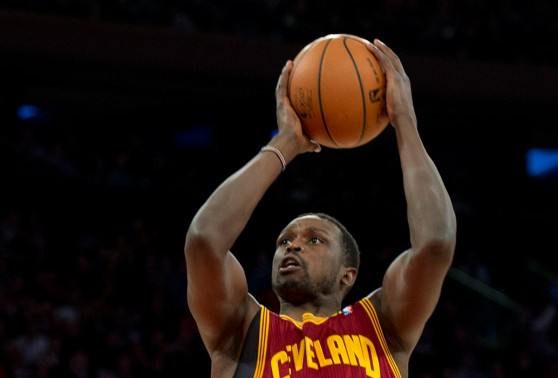 After ten successful years playing for the Chicago Bulls, Luol Deng is now a forward for the Miami Heat. A British citizen born in present day South Sudan, Deng is no stranger to change and is set to surpass his scoring average for the 2014-2015 season. Together with teammate Dwyane Wade, will Deng push the Heat towards a fifth consecutive NBA final?

Asisat Oshoala, The female football star of the future – Nigeria The young Nigerian football star stole the spotlight at the 2014 FIFA U-20 Women’s World Cup, where she was not only the top goalscorer, but hailed as the player of the tournament. Oshoala’s upward trajectory towards greatness will recommence when she plays for Nigeria’s Super Falcons at the 2015 FIFA Women’s World Cup. Still only 20, Asisat is on course to become Africa’s finest female footballer. Watch out for her. Africa’s image didn’t fare all that well in the 2014 World Cup amidst reports of pay disputes, player strikes and alleged match-fixing. But one man who came away with a greatly enhanced reputation was Nigeria’s athletic, exuberant, heroic goalkeeper. It is unlikely Nigeria would have reached the knock-out stages without Vincent Enyeama’s lightning- fast reactions and full-stretch fingertip saves.