100 Most Influential Africans. What is influence and how do you measure it? It will always be hard to agree on a common understanding and meaning of influence. The influencer’s impact on public, social and political discourse, whose actions and reach, we have determined, significantly impacted and realigned the continent’s landscape in their fields of endeavour. They contributed in redefining the African narrative in 2013 and we feel they will play a big role in 2014 – hopefully, for Africa’s good. Mandela was also a champion of economic freedom “Mandela was exactly what the Doctor ordered”

Mushkat Parker reminisces on the man South Africans simply, yet fondly, called “tata”. His power of forgiveness will be hard to emulate. But where did … South African historian and political scientist, Dr Motsoko Pheko, who is also the former President of the Pan Africanist Congress of Azania (PAC), remembers a … Over the years since his release, Mandela teased visitors with the comment that he was still not free, while pointing a finger at his personal … Will everybody please shut up about Nelson Mandela. So how does one write about Nelson Mandela without name-dropping or being banal? It is almost impossible! writes Xolela Mancu, author of the book – … Mandela’s greatness may be assured, but not his legacy

In this extract from his 2006 book, Freedom Next Time, in the chapter titled “Apartheid did not die”,  John Pilger, the Australian-born journalist tells how … 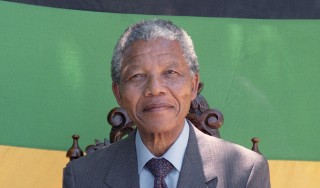 After Mandela, what next?

South African journalist and writer Fred Khumalo, opens our special tribute to the innimitable legend, that was Nelson Mandela. He examines the life and times … Julius Malema speaks deeply about what is outstanding in the country after Nelson Mandela’s political freedom. As the love/hate figure that is Julius Malema launches … In 1994, I was asked by President Nelson Mandela to join his government (the first ever black-led government in South Africa). I served as his …