The Ubuntu Love Challenge is a new movement for global change inspired by African philosophy. Mamadou Touré and Sheikha Bodour Al Qasimi tell New African about the discussions that led them to found it and what they believe it can achieve.

The Covid-19 pandemic has brought to the surface many of the underlying structural problems with the political, economic and social systems that have governed this world these past two decades.

While the pandemic was for many the final straw, for others it was a wake-up call, and for others still, a eureka moment. Suddenly, bankers and financiers were no longer the saviours of the world – the true essential workers were the doctors, nurses, farmers, shelf-stackers and lorry drivers that kept our people and economies alive.

Being brought face to face with the impermanence of life and forced to rely on our own internal resources during the lockdowns, many of us found our value systems changing. We started to pay more attention to the community around us as well as the time we were able to spend with our loved ones. In a time of despair, we realised, people came together.

This is a little of what happened to Mamadou Touré, who was left stranded in Dubai as borders closed in Africa. He had been there on business but could no longer return to Abidjan.

Left on his own in a foreign city, Touré, the founder of Africa 2.0 and a World Economic Forum Young Global Leader (YGL), reached out to a fellow YGL, Emirati Sheikha Bodour Al Qasimi, who runs her own publishing group and who he’d met at January’s WEF annual meetings in Davos.

With time to reflect, they pondered on the many existential questions that the pandemic had raised, and what they could contribute to the challenges witnessed.

They also reflected on the state of the world – how, despite globalisation having raised many people around the world from poverty and citizens in developed countries enjoying unprecedented prosperity, there was so much polarisation, angst and anger among those who were protesting against rising inequality, oppression, lack of freedoms in some cases, too much freedom in others, justice denied, police states and other ills.

They also considered the inexorable rise of populist movements of the kind we have seen in the West and in Latin America, where leaders were taking isolationist positions.

Mamadou Touré is the Founder and Chairman of Africa 2.0, a pan-African advocacy group dedicated to the transformation of the continent

The notion of oneness

During their discussions, Touré explained the concept of Ubuntu (I am because we are) to Al Qasimi. Ubuntu has its roots in many African languages (Umubunutu in Rwanda means humanity, in Swahili Utu means humans, in Lingala (DRC) Bumuntu refers to the people or the community). They realised that this notion of oneness could help solve some of the problems that the world was confronting.

This led to them launching the Ubuntu Love Challenge movement. It encourages people to put humanity at the centre of all considerations, not just through greater empathy and appreciation, but rather, through greater collaboration, urging people to help design solutions with humanity at heart. It also spurs people to challenge others in their network to make a positive contribution to their community.

The concept of Ubuntu has already been central to Touré’s business philosophy. He has been omnipresent in African business and political circles this past decade. Whilst working at the IFC, he wrote a manifesto on the Africa the new generation is seeking and set up the action-based think-tank, Africa 2.0, a decade ago. He then left the IFC to join global industrial group General Electric (GE) before setting up his own advisory and investment firm, Ubuntu Capital, four years ago.

One of the key drivers behind the Ubuntu Love Challenge was the negativity that initially emanated from the pandemic, says Al Qasimi – especially the feeling of fear: fear of others, fear of the unknown, fear of loneliness.

It was this fear that they wanted to help overcome on their platform, through collaboration, through compassion and through collective action, with a hope to lay the foundations of a New Earth inspired from shared humanity.

To date, through their networks and thanks to social media, the Challenge has been taken up by numerous influencers and leaders that they’ve mobilised – including footballer Paul Pogba, actor Tyrese Gibson, American singer Maxwell and British singer Yusuf / Cat Stevens. As a result, the challenge has been exposed to 150m people.

Al Qasimi and Touré aim to use this momentum to help change mind-sets and behaviours. At the end of August, they launched a new project called ‘100 Deeds’, where they host, every day, one good deed for 100 consecutive days. The idea being that you can get into the habit of doing good deeds, however small.

Al Qasimi firmly believes that the pandemic will act as a turning point for the world and that we will be challenging the way we do more or less everything. Everything is being disrupted, she says, from her own industry – media and publishing – to the way we lead our lives. 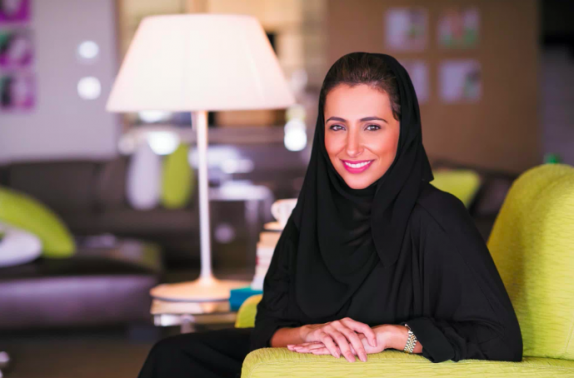 ‘The world realises it needs Africa’

Touré believes that there needs to be a move away from an ego-based leadership model to one that is human-centred. “If people are looking at Africa it’s because the world realises it needs Africa, but also because there’s a global awakening around our interdependence, which is what Ubuntu has always called for.”

“Just think of the chocolate you eat, the sports you watch, the components in your mobile phone or laptop, the music you listen to (70% of the music shared in the world has African roots). Not to mention the soft power realm, where the top 20 global black influencers and celebrities have more than 1.5bn followers across the planet.

“Ubuntu, an African philosophy or way of life putting humanity first, treasuring mother earth, and calling for solidarity and community is coming to the rescue of a world that has lost its way through individualism, restless growth and blind profit.”

People are asking for change

Are they now worried that we will quickly revert to old ways? For Al Qasimi we’ve definitely turned a corner: “People are aware of injustice and are speaking up and asking for change,” she says.

“We’re looking at how disconnected we were from how our lives should be. We were chasing fake dreams and neglecting what really matters to us, which is family, health and relationships. We’ve forgotten about empathy, and that’s the whole philosophy of Ubuntu and that’s why I fell in love with that concept.”

Touré believes “the new world will be one where company performance and success will be assessed not only by shareholder returns but wider stakeholder returns.” He is a firm believer in blockchain and that this and other technological advances will help better distribute resources and wealth, as well as enable a better assessment of ethical value chains and ethical practice.

So who will drive this change: will it be a grassroots movement or will we see a new leadership emerge? Al Qasimi thinks it will be a bit of both: movements like Black Lives Matter, at the grass roots, mean the leadership simply can’t ignore these calls for change.

She also believes that leadership that believes in compassion and collaboration will prevail. It’s no coincidence, she points out, that many of the best-performing countries during this pandemic have been led by women. The shift to a new type of leadership is happening, she adds.

Al Qasimi and Touré are not stopping at this. During his five-month enforced stay, alongside Al Qasimi, he launched a programme called UCan at the Sharjah Entrepreneurship Center, which targets start-ups from Africa and the Middle East.

Sharjah, one of the UAE’s seven emirates, is a 20-minute drive from Dubai and the cultural capital of the UAE. In addition to having one of the world’s best startup ecosystems, Sharjah hosts a prestigious Africa Museum that promotes African artists and culture.

The programme will offer training around entrepreneurship as well as a values class based around the Ubuntu principles. “This initiative is a concrete articulation of how we can get innovators from both regions to come together and devise solutions in the area of health and agriculture. The commitment from the Sharjah Emirate is $1m,” they say.

Touré believes that outside music and sports, where Africa has significant global sway, it is the Ubuntu philosophy that can take Africa global and reaffirm its position as a continent of hope and aspiration.