The state of African economies: According to AfDB’s African Economic Outlook 2018

Africa now collects about $500 billion in tax revenue every year, $50 billion in foreign aid, $60 billion in remittances, and $60 billion in FDI inflows. More than $100 trillion is managed by institutional investors and commercial banks globally, [and as such] African countries seeking financial resources now have a wide variety of options, well beyond foreign aid. This is one of the key highlights in the 2018 African Economic Outlook, released by the African Development Bank.

The more than 180 pages indepth report provides short-to-medium term forecasts on the evolution of key macroeconomic indicators for all its 54-member African countries. It also, quite tellingly, analyses the state of socioeconomic challenges, priority areas of concern, and progress made in each country, while rigorously proffering ways forward, backed by comprehensive data and analyses. For example, report highlights how Africa’s infrastructure requirements run between $130 to 170 billion a year. “That’s far higher than the long-accepted figure of $93 billion a year,” the report state.

And Akinwumi Adesina, President African Development Bank Group emphasise this fact further: “infrastructure projects are among the most profitable investments any society can make. When productive, they contribute to and sustain a country’s economic growth. They thus provide the financial resources to do everything else.”

But many governments try to do too much at the same time and end up not actually doing much, concludes the report.

Here in bitesize, we spotlight some highlights, facts and figures, conclusions, as well as recommendations, from the report: 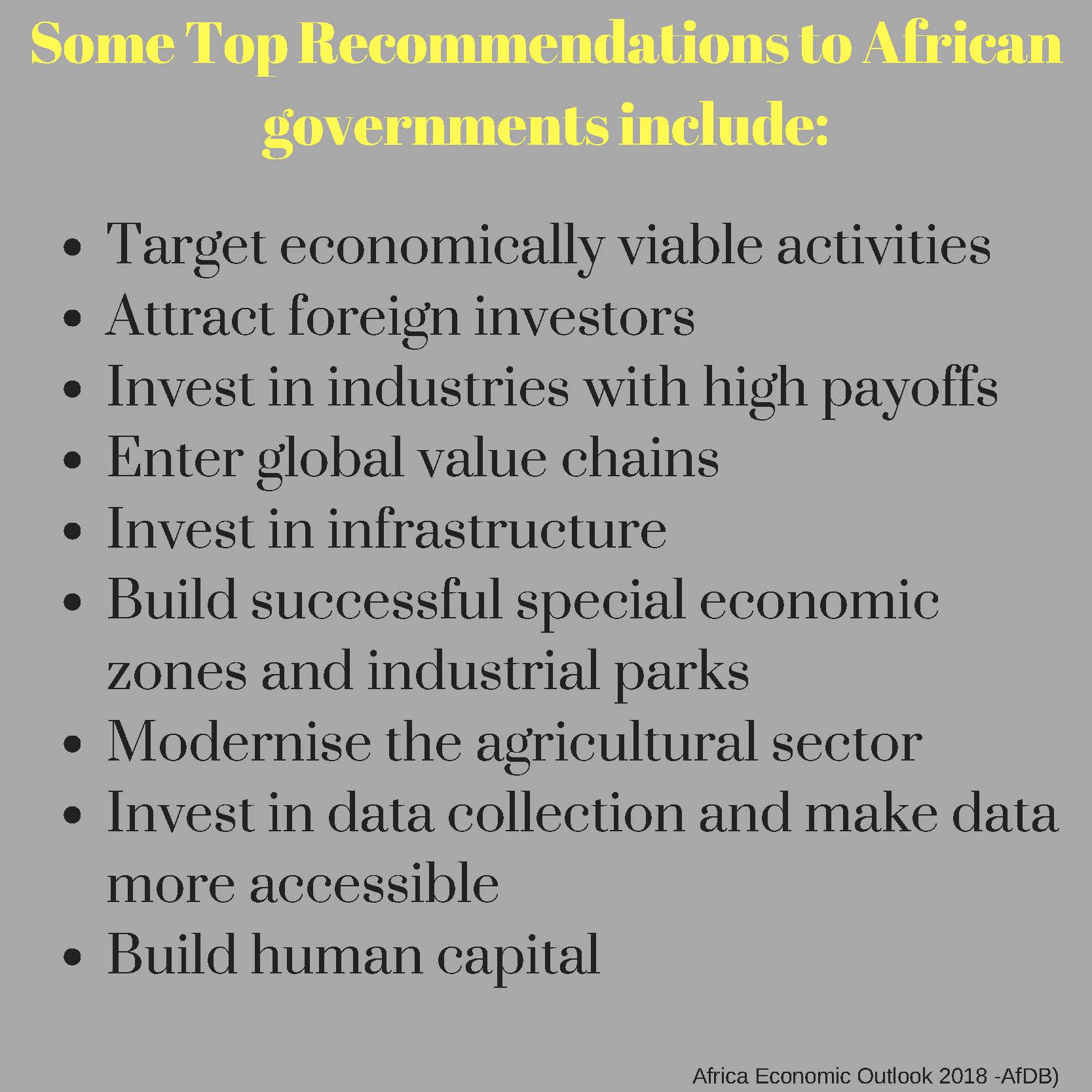 The  full African Economic Outlook  report which can be downloaded here, examines recent macroeconomic development and structural changes in Africa, and outlines the 2018 prospects. It then focuses on the need to develop Africa’s infrastructure, and recommends new strategies and innovative financing instruments for countries to consider, depending on their level of development and specific circumstances

2 responses to “The state of African economies: According to AfDB’s African Economic Outlook 2018”